A cookie is information stored on your computer by a website you visit. Cookies often store your settings for a website, such as your preferred language or location. This allows the site to present you with information customized to fit your needs. As per the GDPR law, companies need to get your explicit approval to collect your data. Some of these cookies are ‘strictly necessary’ to provide the basic functions of the website and can not be turned off, while others if present, have the option of being turned off. Learn more about our Privacy and Cookie policies. These can be managed also from our cookie policy page.

IE10 and below are not supported.

Manningham recognised for the inclusive naming process of wonguim wilam 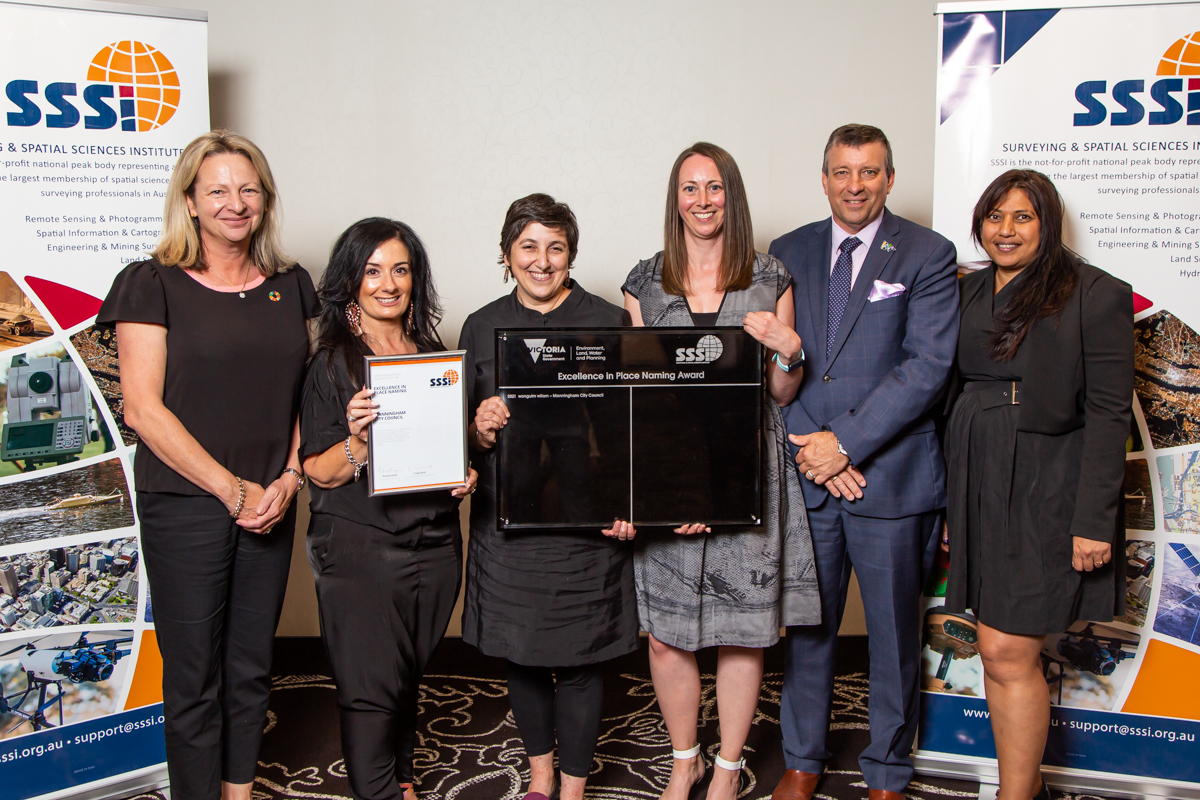 Council received the ‘Excellence in place naming’ award for naming wonguim wilam* (pronounced won-goom-wil-lum) in Warrandyte. The award recognises the process taken to engage the community and respect the First Nations cultural heritage of the area, acknowledging traditional owner language.

In accepting the award on behalf of Council, Mayor Cr. Michelle Kleinert said

“This award is for everyone involved in the naming process – it has been a community effort.”

The Mayor thanked Aunty Doreen Garvey-Wandin, Aunty Gail Smith, Aunty Julieanne Axford, and the Wurundjeri Woi-wurrung Corporation for their support and guidance throughout the process.

“This historic moment is the start of many more naming opportunities” said Cr. Kleinert.

She also thanked Geographic Names Victoria for nominating Council and their advice and expertise in the naming process.

This wouldn’t have been possible without the participation and support of local organisations including The Lion’s Club of Warrandyte, the Warrandyte Historical Society, and the Warrandyte Community Association.

The naming of wonguim wilam involved several Council departments, who collaborated to actively consult, engage, and educate the community throughout the process.

A playground refurbishment is underway, and an official park opening will be held once completed.

* wonguim wilam is written in all lowercase